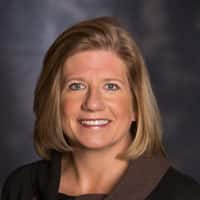 Karen A. Harbert is President and Chief Executive Officer of the American Gas Association (AGA which represent more than 200 companies that deliver clean and affordable natural gas to 180 million Americans at home and 5.5 million businesses. AGA is the premier voice for the natural gas industry focused on advancing a constructive energy agenda centered on safety, security innovation and emissions reductions. Prior to AGA, Harbert was President and Chief Executive Officer for the US Chamber of Commerce’s Global Energy Institute where she led the Institute’s efforts to build support for meaningful energy action nationally and internationally through policy development, education, and advocacy. She frequently testifies in front of Congress and provides analysis to the media, policymakers, and industry leaders. Ms. Harbert is a former Assistant Secretary at the Department of Energy serving as a primary policy adviser to the Secretary and was Vice Chair of the International Energy Agency. Previously, Ms. Harbert oversaw an $800 million portfolio as the Deputy Assistant Administrator for Latin America and the Caribbean at the US Agency for International Development and was a developer of international infrastructure and power projects totaling over $9 billion.