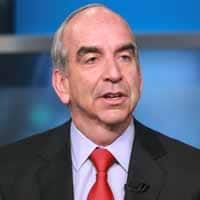 John B. Hess is Chief Executive Officer of Hess Corporation. Mr. Hess led the Fortune 500 company through a strategic transformation from an integrated oil company into a pure play E&P company. Mr. Hess previously served on the Secretary of Energy Advisory Board Quadrennial Review Task Force. He is a member of the Board of Directors of KKR & Company and the Board of Trustees at the Center for Strategic and International Studies. He is also a member of The Business Council, the Trilateral Commission and the Council on Foreign Relations, and serves on the Executive Committee of the American Petroleum Institute. In addition, Mr. Hess serves on the Board of Directors of the Lincoln Center for the Performing Arts and on the Board of Trustees at Mount Sinai Hospital and The Economic Club of New York. Mr. Hess holds a bachelor’s degree from Harvard College and an MBA from the Harvard Business School. A member of the Board of Dean’s Advisors at Harvard Business School, he was also Chairman of the Harvard Business School Campaign.