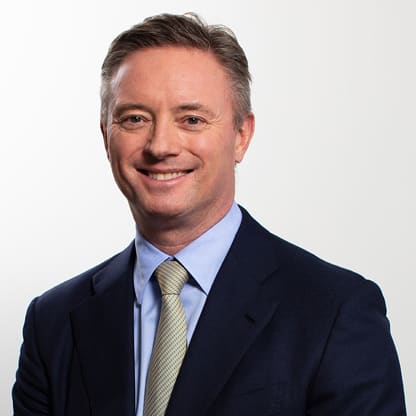 Jeremy Weir was appointed CEO of Trafigura in March 2014 and Executive Chairman in March 2018 after a career spanning nearly three decades in commodity and commodity derivative markets. An Australian national, he joined the Trafigura Group in 2001 as Head of Metals Derivatives, Structured Products and Risk Management. Immediately prior to his current appointment, he served as a Management Board Director, Head of Risk and CEO of Galena Asset Management and Trafigura Mining Group. Before Trafigura, Jeremy spent nearly nine years between 1992 and 2000 with N M Rothschild. In Australia he set up the group’s non-ferrous metals derivatives business and developed structured products alongside its resource banking activities before relocating to London and joining the main board. There his responsibilities encompassed worldwide metal trading activities and structured finance business, and he was also a member of the group’s treasury and banking executive management team. Jeremy has also worked at Pasminco Metals and North Ltd. Born in Melbourne in 1964, he holds a Bachelor of Sciences degree in Geology from the University of Melbourne and lives with his wife and three children in Geneva, Switzerland.