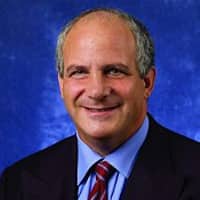 James Rosenfield is Senior Vice President, S&P Global. He is Founder and Co-Chairman of CERAWeek, whose evolution he has overseen for over four decades. He is Co-Founder with Daniel Yergin of Cambridge Energy Research Associates (CERA) and led its strategy and growth. CERA was acquired in 2004 by IHS and subsequently S&P Global. Mr. Rosenfield created the Innovation Agora, bringing together technologists, policymakers, investors, and startups to advance the innovation ecosystem. He has spearheaded and contributed to a variety of influential thought leadership initiatives, including “Restarting the Engine: Securing American Jobs, Investment and Energy Security”; “The Future of the Energy Innovation Ecosystem”; “Reinventing the Wheel: The Future of Mobility”; “Fueling North America’s Energy Future: The Unconventional Oil and the Carbon Agenda”; “A More Competitive Energiewende: Securing Germany’s Global Competitiveness in a New Energy World.” He was senior advisor in forming the Oil and Gas Community at the World Economic Forum, and in developing the CERA/WEF Energy Vision report series. He cofounded the New England Clean Energy Council and has founded and is non-executive director of several energy and technology start-ups. Mr. Rosenfield serves as Trustee of Woods Hole Oceanographic Institution and Trustee of the Boston Museum of Science. He was Senior Fellow at the Center for Business and Government at the John F. Kennedy School of Government, Harvard University. He received his undergraduate education at Harvard College and holds an MBA from Boston University.