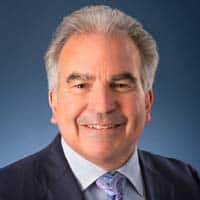 Jack A. Fusco is President and Chief Executive Officer of Houston-based Cheniere Energy, Inc., the leading exporter of US LNG. Prior to heading up Cheniere, Mr. Fusco served as Chief Executive Officer and a member of the board of Calpine Corporation, which is now America’s largest generator of electricity from natural gas. Mr. Fusco’s career of over 30 years in the energy industry began with his employment at Pacific Gas & Electric Company. He joined Goldman Sachs 13 years later as a Vice President with responsibility for commodity trading and marketing of wholesale electricity, which led to the creation of Orion Power Holdings, an independent power producer that Mr. Fusco helped found. In 2004, he was asked to serve as Chairman and Chief Executive Officer of Texas Genco LLC by a group of private institutional investors, and successfully managed the transition of that business from a subsidiary of a regulated utility to a strong and profitable independent company, generating a more than five‐fold return for shareholders upon its merger with NRG in 2006. He holds a Bachelor of Science in mechanical engineering from California State University, Sacramento.