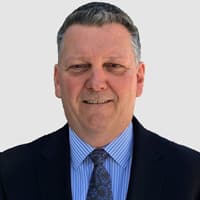 Everett Anderson is Vice President of Advanced Product Development at Nel Hydrogen (formerly Proton Energy Systems), where he is focused on the requirements for the next generation of Nel’s water electrolysis products. Primary attention is on emerging hydrogen energy and power-to-gas markets using PEM megawatt-scale technology. Mr. Anderson is also responsible for competitive intelligence and integrating PEM and alkaline electrolysis knowledge across the Nel organization. Previously, Mr. Anderson was Vice President of Business Development, where he led the effort to define product requirements for the M Series, Nel’s initial megawatt-scale PEM electrolyzer. Before that, he focused on strategic technology development and technology assessment as Vice President of Electrochemical Technology. Mr. Anderson joined Nel in 2000 and has more than 30 years of R&D experience in hydrogen and fuel cells. Other previous positions during his 20 years at Nel have included Research Manager, Research Director, and Director of Process and Materials Development. Prior to joining Nel, he was the Manager of Electrochemical Technologies Group at Physical Sciences Inc., a contract R&D firm where he spent over 13 years conducting research in a variety of electrochemical technologies. Mr. Anderson has authored numerous publications and been granted six US patents.