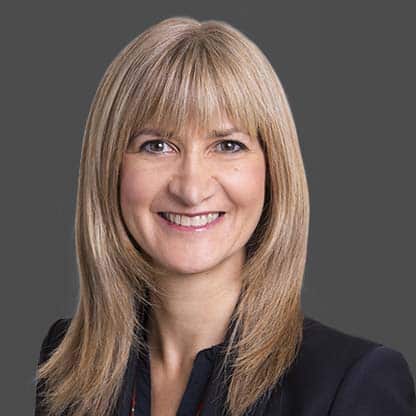 Cynthia Hansen is Executive Vice President and President, Gas Distribution and Storage. Cynthia is responsible for the overall leadership and operations of Ontario- based Enbridge Gas Inc., which followed the amalgamation of Enbridge Gas Distribution and Union Gas, as well as Gazifère, which serves the Gatineau region of Quebec. Cynthia is also Executive Sponsor for Asset and Work Management Transformation across Enbridge working with other business unit leaders, and co-chair of the Diversity and Inclusion Steering Committee. Cynthia has more than 20 years of experience working in operational, financial and safety leadership roles within Enbridge, including as President, Enbridge Gas Distribution and Senior Vice President, Operations within Liquids Pipelines. Prior to joining Enbridge, she worked as a Principal for PricewaterhouseCoopers. Cynthia is a member of Calgary-based Enbridge Inc.’s Executive Leadership Team. Cynthia serves on the boards of Energir Inc., the Ontario Energy Association and the Canadian Gas Association. In the past, she has served on the boards of the Canadian Energy Council, the Canadian Energy Pipelines Association, the Alberta Chamber of Resources, the Edmonton Symphony Orchestra, the University of Alberta School of Business Advisory Council and NorQuest College, among others. Cynthia was named one of Canada’s Most Powerful Women: Top 100 by the Women’s Executive Network, as well as a WXN Hall of Fame member, and was recognized as a Canadian Business Leader by Catalyst Canada. Cynthia lives in Toronto with her husband.