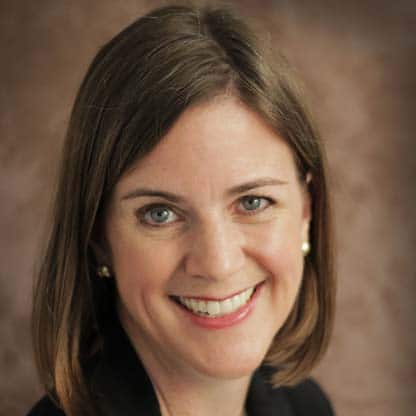 Amanda Eversole serves as executive vice president & chief operating officer, leading efforts to integrate API’s diverse functions and develop and implement a strategic plan for the natural gas and oil industry. Eversole previously served as Managing Director and Head of Public Affairs at JPMorgan Chase & Co., overseeing strategic communications, civic engagement and strategy for the corporate responsibility team. Eversole created and built JPMorgan Chase & Co.’s public affairs function, leveraging a campaign style process focused on aligning inclusive economic growth and deeper local engagement around the world. Eversole also created a framework for the firm’s philanthropic approach, which was highlighted last year as part of Fortune’s “#1 Company Changing the World” recognition. Prior to her time at JPMorgan Chase & Co., Eversole spent 13 years at the U.S. Chamber of Commerce in Washington, D.C. She served as President of C_TEC, the Chamber Technology Engagement Center, where she developed and expanded ties between technology companies and policymakers and served as Senior Vice President of the U.S. Chamber Center for Capital Markets Competitiveness, a program she helped launch in 2006 to advance America’s global leadership in capital formation. Eversole also served as Chief of Staff to Chamber President and CEO Thomas J. Donohue and oversaw marketing and communications for the U.S. Chamber of Commerce Foundation. Prior to joining the U.S. Chamber, she worked for RTC Relationship Marketing – a WPP Group company – in business development. Eversole graduated cum laude from the College of William & Mary in Williamsburg, Virginia, with a Bachelor of Business Administration and a minor in French. She earned an M.B.A. from the University of Pennsylvania’s Wharton School where she was a Palmer Scholar and graduated first in her class. She serves on the Board of Directors of Our Energy Policy. She lives in Virginia with her husband, their two daughters and their dog, Gus.