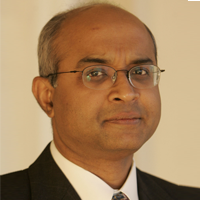 Dr. Venkat Sumantran is Chairman of Celeris Technologies and an advisor to several Fortune 100 organizations in autos, industrial equipment, defence, and aerospace. He is the co-author of the book Faster, Smarter, Greener: The Future of the Car and Urban Mobility (MIT Press, September 2017). Previously (2006‒14) he was Executive Vice Chairman of Hinduja Automotive, UK, as well as Vice Chairman of Ashok Leyland. Prior to this (2001‒05), he was the Chief Executive Officer of TATA Motors’ car business in its formative years. Prior to joining TATAs, Dr. Sumantran had a 16-year career with General Motors in Detroit and subsequently at GM-Europe. Dr. Sumantran has served on the Science Advisory Council of the Prime Minister of India and the Scientific Advisory Committee to the Cabinet of the Indian Government. He was also a member of the National Manufacturing Competitiveness Council. He was nominated as Distinguished Visiting Professor of the Indian Institute of Technology, Madras, and serves as Adjunct Professor at MIT-MISI. Dr. Sumantran possesses a doctorate degree in aerospace engineering (Princeton & Virginia Tech) and a master’s degree in management of technology.