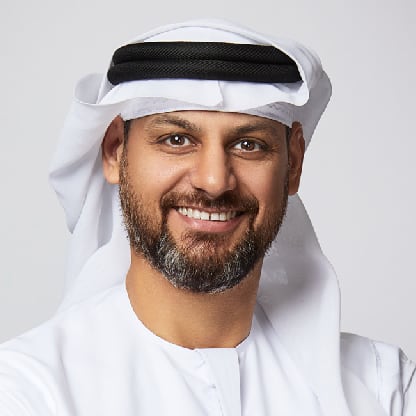 Yaser Saeed Almazrouei is Upstream Executive Director at the Abu Dhabi National Oil Company (ADNOC). He is responsible for ADNOC’s upstream business including oil and gas production capacity and the business growth strategy. As part of his role, he ensures a continuous focus on operational efficiencies, portfolio optimization as well as safety and asset integrity. Mr. Almazrouei manages interests across ADNOC Onshore, ADNOC Offshore, ADNOC Sour Gas and ADNOC Drilling, together with Al Dhafra Petroleum and Al Yasat Petroleum. Prior to his current role, Mr. Almazrouei held the positions of Chief Executive Officer at ADNOC Onshore as well as ADNOC Offshore, which are the two primary organizations within ADNOC Group that explore, develop and produce crude oil and natural gas from Abu Dhabi’s major onshore and offshore fields. Before assuming his CEO roles, Mr. Almazrouei was the Deputy Director of ADNOC’s Exploration and Production Directorate where he ensured the efficient operation of ADNOC upstream businesses and was responsible for all aspects of the Group’s oil and natural gas exploration, development and production. Mr. Almazrouei is a board member of a number of organizations, including ADNOC Drilling, Al Yasat Petroleum and ADOC as well as NPCC and the Higher Colleges of Technology. He has spent his entire career with ADNOC Group and, since his start in 1995, has held various technical roles within drilling, production and reservoir engineering. Mr. Almazrouei holds a Master of Engineering (MEng) degree from the Imperial College of Science, Technology and Medicine (London, UK), and is an alumni member at the Harvard Business School – General Management.