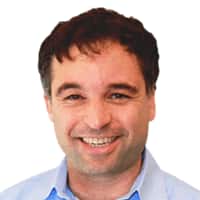 Yair Amir is Professor of Computer Science, and director of the Distributed Systems and Networks lab (www.dsn.jhu.edu) at Johns Hopkins University. His goal is to invent resilient, performant and secure distributed systems that make a difference, collecting friends along the way. Dr. Amir served as department chair of Computer Science, Johns Hopkins (2015-2018), as program co-chair (2015) and general co-chair (2022) of the IEEE/IFIP Dependable Systems and Networks (DSN) conference, and as a Vice Chair of the IFIP 10.4 Working Group on Dependable Computing (2016-2018). His awards include the Best Paper award in the 2017 IEEE International Conference on Distributed Computing Systems (ICDCS), the 2014 Alumni Association Excellence in Teaching Award, the highest teaching award in the School of Engineering, Johns Hopkins University, and the DARPA Dynamic Coalitions program Bytes-for-Buck trophy in 2002. He was nominated to the DARPA agency-wide "Performer with Significant Technical Achievement" award in 2004. He is a creator of several open-source technologies, including the Spire intrusion-tolerant SCADA for the power grid (www.dsn.jhu.edu), the first to protect against both system-level and network-level attacks and compromises. Some of these technologies are deployed in mission critical systems and are used for research and teaching in universities around the world. Dr. Amir is a co-founder of LTN Global Communications (www.ltnglobal.com). LTN offers global transport services that are used by major broadcasters including CNN, Fox, Disney, ABC, Bloomberg, CBS, CNBC, ESPN, NBC, PBS, and Turner. Dr. Amir holds B.Sc. and M.Sc. from the Technion, Israel Institute of Technology, and a Ph.D from the Hebrew University of Jerusalem, Israel.