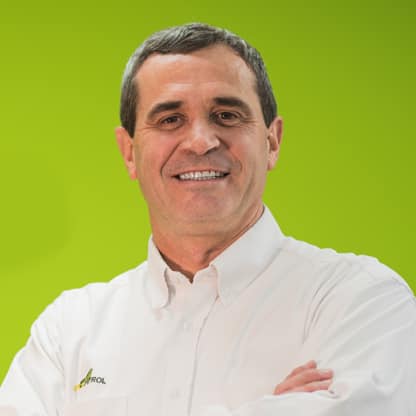 Walter Canova is currently Vice President of Refining and Industrial Processes of Ecopetrol SA, a position he assumed in April 2020. He is married and father of four children. He is a chemical engineer from the Universidad Nacional del Litoral, with an MBA from the University of Belgrano, Argentina. He also has a specialization in project management and management and leadership program at universities in North Carolina and Houston in the United States. His entry into the Ecopetrol organization was in March 2017 as Vice President of Operations of Reficar SAS and then assumed the General Management of Ecopetrol's Cartagena refinery. He has 30 years of experience in the oil refining and logistics business, in companies such as ExxonMobil, Axion Energy and Puma Energy, in which he held positions such as Operations Manager, Project Manager and General Manager. Among his strengths are his extensive technical knowledge in several refineries around the world, his extensive experience in process safety, HSE and business management systems as well as his leadership capacity to promote collaborative work in achieving common goals.