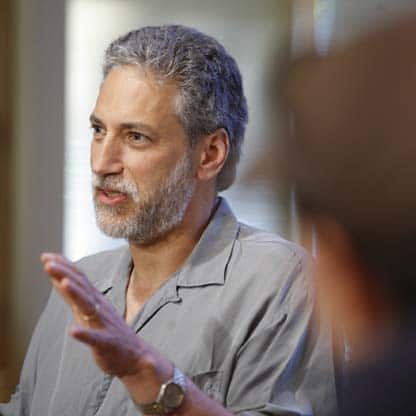 Steven P. Hamburg received his undergraduate degree from Vassar College and his MFS and PhD from Yale University in Ecosystem Ecology. He was a post-doctoral fellow at Stanford University and a Bullard Fellow at Harvard University. Prior to joining EDF he spent 25 years on the faculties of Brown University and the University of Kansas where he served in numerous administrative positions in addition to his teaching and research. He has served as a lead author for the Intergovernmental Panel on Climate Change and was recognized as one of the scientists contributing to the award of the 2007 Nobel Peace Prize. He has also been awarded the US Environmental Protection Agency Merit Award – region 1 twice. He has published more than 100 scholarly papers on biogeochemistry, climate change impacts on forests, carbon accounting and methane emissions. In his role as chief scientist at the Environmental Defense Fund Steven Hamburg works to ensure that EDF’s advocacy is based on the best available science. He currently coordinates studies on methane emissions from the global natural gas supply chain as Chief Scientific Officer of the International Methane Studies, which is part of the Climate and Clean Air Coalition/UN Environment. He also co-chairs the Solar Radiation Management Governance Initiative (joint project of Royal Society, The World Academy of Science, EDF) and serves on the US National Academies of Science, Engineering and Medicine Division on Earth and Life Sciences Advisory Board as well as other university/government advisory boards.