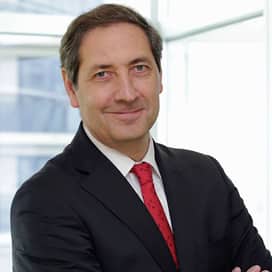 Santiago holds the position of Gas and Energy Vice President since May 2020. He has been an alternate member of the Board of Directors since April 2017. He served as Downstream Executive Vice President from August 2017 through May 2020 and Upstream Executive Vice President from October 2016 to August 2017. From 2012 until September 2016 he served as Executive Manager of the Mendoza Region, in charge of the Upstream operations. Previously he was appointed Chemicals Director at YPF from August 2011 until 2012. He was also a member of the Board of Directors of Profertil. In May 2008, he took on the position of Basic Petrochemical and Intermediate Products Director at Repsol Química in Spain. He was in charge of the Marketing area and also served as Planning and Development Manager within the Chemical Industrial Products Business Unit in Argentina between December 2002 and April 2008. He joined YPF in 1998 and took on several roles within the Petrochemical Business Development area of the Petrochemical Division. He holds a degree in Industrial Engineering from the Instituto Tecnológico de Buenos Aires (ITBA), he holds a master’s degree in Business Administration from Universidad Austral. He completed specialization courses at the Universities of Darden, Wharton and Harvard in the USA.