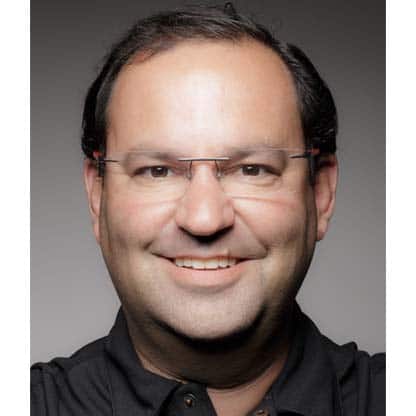 Ric Fulop is the Chairman, CEO and co-founder of Desktop Metal (NYSE: DM), a leader in mass production and turnkey additive manufacturing solutions. Founded in 2015 by leaders in advanced manufacturing, materials science, and robotics, the company is addressing the unmet challenges of speed, cost, and quality to make metal 3D printing an essential tool for engineers and manufacturers around the world. Prior to founding Desktop Metal in October 2015, Ric was a General Partner at North Bridge, a VC fund with $3 billion under management, for five years following a fifteen-year career as an entrepreneur. Fulop is the founder of six technology companies, including A123 Systems, Boston's largest IPO in the past decade and one of the world’s largest automotive lithium ion suppliers with revenue exceeding $500M in 2016. At North Bridge, Ric led the software and 3D investing practices and was an early stage investor and board member in Dyn (acquired by Oracle for $600 million), Onshape, MarkForged, Salsify, Lytro and Gridco. Ric is a former Board Member of the Electric Drive Transportation Association and holds an MBA from the MIT Sloan School where he was a Sloan Fellow.