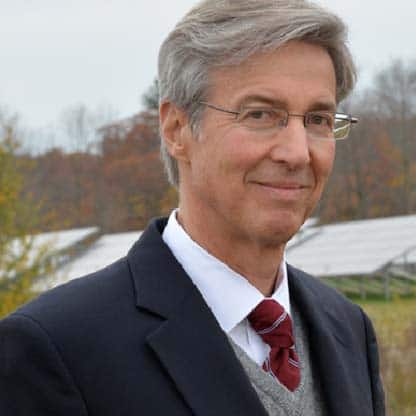 Chairman of the Board, President & CEO

Ralph Izzo has been chairman and chief executive officer of Public Service Enterprise Group Incorporated (PSEG) since April 2007. He has been the company’s president and chief operating officer and a member of the board of directors of PSEG since October 2006. Previously, Mr. Izzo was president and chief operating officer of Public Service Electric and Gas Company (PSE&G). Since joining PSE&G in 1992, Mr. Izzo has held several executive positions within PSEG’s family of companies, including PSE&G senior vice president – utility operations; PSE&G vice president – appliance service; PSEG vice president - corporate planning; and PSE&G vice president - electric ventures. Mr. Izzo is a well-known leader within the utility industry, as well as the public policy arena. He is frequently asked to testify before Congress and speak to organizations on matters pertaining to national energy policy. Mr. Izzo’s career began as a research scientist at the Princeton Plasma Physics Laboratory, performing numerical simulations of fusion energy experiments. He has published or presented more than 35 papers on magnetohydrodynamic modeling. Mr. Izzo received his Bachelor of Science and Master of Science degrees in mechanical engineering and his Doctor of Philosophy degree in applied physics from Columbia University. He also received a Master of Business Administration degree, with a concentration in finance, from the Rutgers Graduate School of Management. He is listed in numerous editions of Who’s Who and has been the recipient of several national fellowships and awards. Mr. Izzo has received honorary degrees from Montclair State University (Doctor of Science), the New Jersey Institute of Technology (Doctor of Science), Thomas Edison State University (Doctor of Humane Letters), Bloomfield College (Doctor of Humane Letters), Rutgers University (Doctor of Humane Letters) and Raritan Valley Community College (Associate of Science). Mr. Izzo is the chair of the Nuclear Energy Institute (NEI) and a member of the U.S. Department of Energy’s Fusion Energy Sciences Advisory Committee. In addition, he is on the board of directors for the Edison Electric Institute (EEI), Nuclear Electric Insurance Limited (NEIL), the New Jersey Chamber of Commerce, and the New Jersey Performing Arts Center. He also is on the advisory board for the University of Pennsylvania’s School of Engineering and Applied Sciences Mechanical Engineering and Applied Mechanics Department, a member of the Board of Trustees of the Peddie School and Princeton University’s Andlinger Center for Energy and the Environment Advisory Council, as well as a member of the Visiting Committee for the Department of Nuclear Engineering at Massachusetts Institute of Technology and of the CEO Action for Diversity and Inclusion. Mr. Izzo is a former member of the Columbia University School of Engineering Board of Visitors. In addition, he is a former chair of the Rutgers University Board of Governors and the New Jersey Chamber of Commerce.