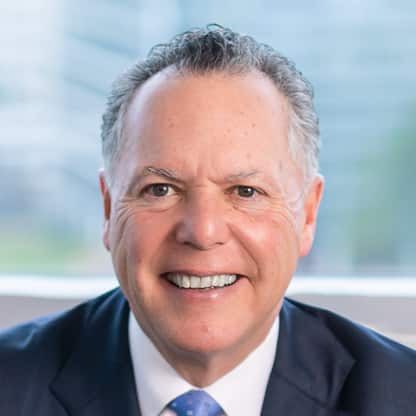 Executive Chairman of the Board of Directors

Ralph Alexander is the Executive Chairman of the Board of Directors of Talen Energy Corporation. In this position, he is responsible for overseeing all aspects of the Company’s long-term strategy and overall performance. Prior to his elevation to Executive Chairman, he served as the Company’s Chairman and Chief Executive Officer. He was previously a Partner with Riverstone Holdings LLC. For nearly 25 years, Mr. Alexander served in various positions with subsidiaries and affiliates of BP plc, one of the world's largest oil and gas companies. From June 2004 until December 2006, he served as Chief Executive Officer of Innovene, BP's $20 billion olefins and derivatives subsidiary. From 2001 until June 2004, he served as Chief Executive Officer of BP's Gas, Power and Renewables and Solar segment and was a member of the BP group executive committee. Prior to that, Mr. Alexander served as a Group Vice President in BP's Exploration and Production segment and BP's Refinery and Marketing segment. He held responsibilities for various regions of the world, including North America, Russia, the Caspian, Africa, and Latin America. Prior to these positions, Mr. Alexander held various positions in the upstream, downstream and finance groups of BP. Mr. Alexander currently serves on the boards of Talen Energy Corporation, Enviva Partners LP and Houston Methodist The Woodlands Hospital, as well as the executive committee of the Nuclear Energy Institute (NEI). He has previously served on the boards of Foster Wheeler, Stein Mart, Inc., Amyris, Anglo-American plc and CHI St. Luke's Health. Mr. Alexander was formerly Chairman Emeritus of the Board of NYU School of Engineering and a Trustee for New York University. He received an M.S. in Nuclear Engineering from Polytech Institute of New York (now New York University Tandon School of Engineering) and holds an M.S. in Management Science from Stanford University.