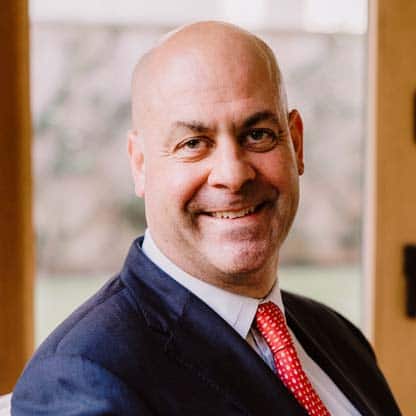 Peter Bowden is a Managing Director and Global Head of Energy and Power Investment Banking at Jefferies. Prior to joining Jefferies in July of 2012, he was a Managing Director and Head of Midstream at Morgan Stanley. Mr. Bowden has advised on several of the most significant mergers, acquisitions and joint ventures in Midstream energy, including advising El Paso in its $38Bn merger with Kinder Morgan, MarkWest in its $2.05Bn joint venture in the Utica shale with The Energy & Minerals Group, First Reserve in its $1.4Bn sale of BORCO to Buckeye, Chevron in the sale of its Perth Amboy facility and Magellan in its acquisition of the Texas City refined products system from BP. Since joining Jefferies, Mr. Bowden has advised Kinder Morgan Energy Partners and Kinder Morgan Management in the $140Bn amalgamation of the various Kinder Morgan entities, MarkWest in its $20Bn merger with MPLX (Marathon Petroleum's captive MLP), Plains GP Holdings in its $7.2Bn simplification transaction with Plains All American Pipeline, Chesapeake Energy in its $5Bn exit from midstream, Copano Energy in its $5Bn sale to Kinder Morgan, Inergy in is $7.3Bn merger with Crestwood and Chevron in its divestiture of ten midstream asset packages for total consideration of over $3.0Bn. Most recently, Mr. Bowden advised EagleClaw in its $2.0Bn sale to Blackstone, Medallion in its $1.825Bn sale to Global Infrastructure Partners, Lucid II in its $1.6Bn sale to Riverstone and Goldman Sachs Merchant Banking, Brazos in its $1.75Bn sale to Morgan Stanley Infrastructure, Discovery in its $1.2Bn sale to Williams and KKR, SemGroup in its $5.1Bn sale to Energy Transfer, M5L Midstream in its $2.5Bn sale to DTE Energy, Blackstone in its $7Bn sale of its interests in Cheniere to Brookfield Infrastructure and Riverstone in its $2.7Bn acquisition of IMTT from Macquarie. Mr. Bowden received an AB, with honors, from Harvard University and a JD from the University of Virginia.