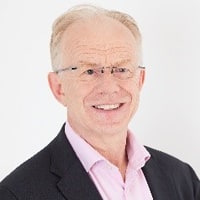 Paul Markwell, Senior Associate, S&P Global, is an independent Energy sector advisor with almost 40 years experience spanning technical and executive roles in upstream oil and gas companies, and research and advisory firms. His current focus is around helping energy sector players adopt best practices in ESG, decarbonization and digitalization. Paul spent 17 years with IHS Markit companies until 2021, and has been a regular speaker and moderator at CERAWeek through that time. In his last full time position at IHS Markit he was Vice President for its Global Upstream Oil & Gas Insight business, where his teams provided insights to a wide range of energy sector players globally on company strategies and transactions; E&P terms and aboveground risk; costs, technology and operating performance and plays and basins and technical analyses. Previously he led various research and consulting teams supporting clients on business strategy, market outlooks, opportunity screening and characterization, unconventionals, and technology and innovation and he led a number of energy policy advisory programs for governments in the MENA region. Paul previously held posts at McKinsey and Company as an upstream expert consultant and as European Petroleum Practice Manager. The first half of his career was spent in international E&P companies working in the Netherlands, Thailand, the UK and Pakistan, initially as a Petroleum Engineer and in upstream operations and business development in Shell International; then in business development and country manager roles in Hardy Oil & Gas and British-Borneo. Mr. Markwell holds a BSc from Imperial College, London, and an MBA from Henley Management College. He is a Fellow of the Energy Institute in the UK and an Honorary fellow of Brunel University, London, where he served for 8 years as an independent member of Council and Audit committee chair.