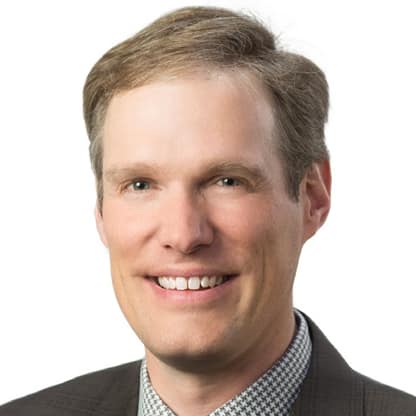 Patrick Bryden joined Scotiabank GBM in Calgary in 2010 and has worked in the securities industry since 1997. Mr. Bryden became Head of Environmental, Social, and Governance (ESG) Research in 2020 and previously ranked first nine times in the annual Brendan Wood International and Greenwich Associates institutional surveys as an energy analyst. Mr. Bryden served on the Natural Gas Expert Group for the Alberta Royalty Review and advised the Province of Alberta on the calibration of its Modernized Royalty Framework. Mr. Bryden further serves on the ESG Working Group of the Alberta Government, the Research Advisory Council of the Institute for Sustainable Finance, housed at the Queen’s Smith School of Business, and the ESG Data Working Group for the Canadian Fixed Income Forum of the Bank of Canada. Mr. Bryden has raised more than $145,000 for the Movember Foundation and Ovarian Cancer Canada in his time at Scotiabank GBM. He has a Bachelor of Arts (Honours) degree from the University of Calgary and was awarded the CFA designation in 2001.