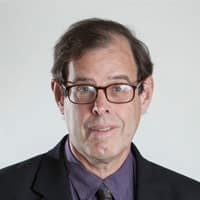 Nicholas Eberstadt holds the Henry Wendt Chair in Political Economy at the American Enterprise Institute (AEI), where he researches and writes extensively on demographics and economic development generally, and more specifically on international security in the Korean peninsula and Asia. Domestically, he focuses on poverty and social well-being. Mr. Eberstadt is also a senior adviser to the National Bureau of Asian Research (NBR). His many books and monographs include Poverty in China; The Tyranny of Numbers: Measurement and Misrule; The End of North Korea; The Poverty of the Poverty Rate: Measure and Mismeasure of Material Deprivation in Modern America; Russia’s Peacetime Demographic Crisis: Dimensions, Causes, Implications, and Men Without Work: America’s Invisible Crisis. He has offered invited testimony before the US Congress on numerous occasions and has served as consultant or adviser for a wide variety of units within the US government. In 2012 Mr. Eberstadt was awarded the prestigious Bradley Prize, and he delivered the Irving Kristol Lecture in 2020. He holds a Bachelor of Arts from Harvard University, a Master of Science from the London School of Economics, a Master of Public Administration from the Kennedy School of Government at Harvard University, and a PhD in political economy and government from Harvard University.