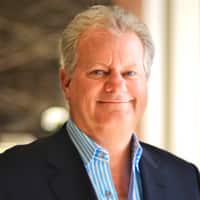 Michael Smith is the Founder, Chairman, and CEO ofshareholder Freeport LNG Development, L.P. It was founded in 2002, and owns and operates an LNG terminal on Quintana Island, near Freeport, Texas. The terminal started LNG import operations in June 2008. In 2019, Freeport LNG began LNG export operations. Up to 15 mtpa of LNG will be produced from three natural gas liquefaction trains. A fourth liquefaction train is under development with an expected start date of 2023. Mr. Smith previously founded Basin Exploration, Inc. in 1981 and served as its Chairman, CEO, and President. Basin was a publicly traded oil and gas company active in the Gulf of Mexico and the Rocky Mountain Region. He successfully negotiated the sale of the company to Stone Energy in February 2001. Mr. Smith was Past President of the Colorado Oil & Gas Association and was previously a member of the State of Colorado Governor’s Minerals, Energy & Geology Policy Advisory Board.