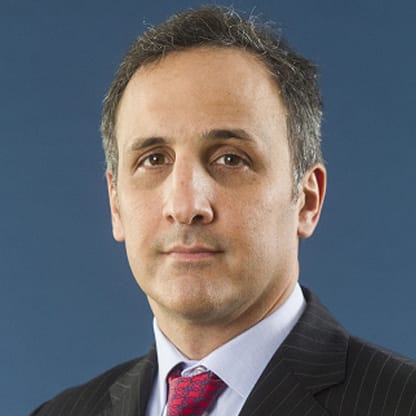 Marcos Bulgheroni holds a BA in Economics from Yale University and an MBA from Columbia Business School. Mr. Bulgheroni is the Group Chief Executive Officer of Pan American Energy Group, the largest private oil and gas producer and employer in Argentina, where he works since 2012. He is also Vice Chairman and Executive Vice-President of Bridas Energy Holdings and Chairman of the Board and President at Energy Development and Investments Corporation (EDIC). Between 2008 and 2012 he was a Member of the Board and the Executive Vice-Chairman at Begas Energy International. Previously, he worked at Relativity Development Corporation between 2000 and 2004 and at Torno Internazionale from 2004 until 2008. During Argentina's G20 presidency, Mr. Bulgheroni was Co-Chair for the B20's Energy, Resource Efficiency and Sustainability Taskforce. He is currently a member of the Advisory Committee of the Argentine Council for International Relations (CARI), a member of the Sponsors Committee from the University of St Andrew’s in Argentina, a member of San Isidro's Diocesan Bishop's Council and the Pro Treasurer at the Policía Federal Argentina Foundation. Mr. Bulgheroni has been awarded with the Order of the Star of Italian Solidarity, the “Ordine della Stella d´Italia”.