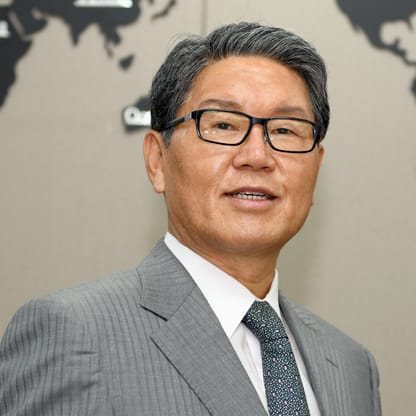 Dr. Kang is the President of IGU taking over the Presidency in June 2018 for the 2018-2022. In 2022, Dr. Kang will be hosting the World Gas Conference 2022 in Daegu, Korea. In addition to his role as the President of IGU, Dr. Kang had served as a Co-chairman for the Reorganizing Committee on Overseas Resources Development National Companies in 2016 and for the Restructuring Committee on the National Energy and Resources Development Companies in 2017. He is also the current Advisor to Korean Gas Corporation (KOGAS). Dr. Kang has held numerous high profiled positions such as a Civil Member of National Energy Council presided by the President of the Republic of Korea and from 2005 to 2009 and as the Chairman of the Board of Directors for KOGAS from 2007 to 2010. Prior to his appointment as the President of IGU, Dr. Kang was an assistant professor at the Department of Petroleum at University of Tulsa from 1983 to 1986 and a professor at the Department of Energy System Engineering, College of Engineering at Seoul National University since 1986. He has published 51 professional papers in international technical journals and 41 in national journals and written more than 30 columns on national energy related issues in major newspapers in Korea. Dr. Kang graduated in 1981 with a Ph.D in Petroleum Engineering from University of Oklahoma. Dr. Kang believes that keeping active keeps the mind sharp. As such he is an avid racquetball player, hitting the court early in the morning and before the workday starts. On weekends it’s a different story as he enjoys a round a golf, something that he is still trying to master.