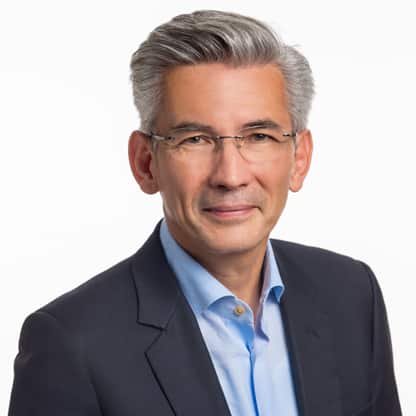 ExxonMobil announced the creation of a new business on Feb. 1, 2021 – ExxonMobil Low Carbon Solutions – and Joe Blommaert was named the company’s first president. The ExxonMobil Board of Directors also named him a vice president of the Corporation. In this role, Joe is leading a Houston-based business initially focused on progressing more than 20 carbon capture and storage (CCS) projects around the world to enable large-scale emission reductions. The company plans to invest $3 billion on lower-emission energy solutions through 2025, and other technology focus areas will be added as they mature toward commercialization. Prior to being named president of ExxonMobil Low Carbon Solutions, Joe was senior vice president, global operations, of ExxonMobil Chemical Company, also in Houston. He was responsible for EMCC’s global, integrated manufacturing and supply chain operations, as well as the Manufacturing Support and Safety & Security/Health/Environmental organizations. Joe joined Exxon Chemical Company in 1988 as an engineer at the Rotterdam Plasticizer and Intermediates Plant in the Netherlands. After several manufacturing and commercial assignments in Rotterdam, he moved to ExxonMobil Chemical’s European headquarters in Brussels in 1996 and progressed in financial analysis and marketing assignments. Since 2000, Joe has had multiple assignments with global responsibilities and has been site manager of world-scale manufacturing facilities in Meerhout (Belgium, 2005-2008) and Baytown (USA, 2009-2013). In 2013, he led the creation of ExxonMobil Chemical’s New Product Platform organization, which is focused on new business development. In 2014, he was reassigned to Singapore as regional director to oversee the European and Asia Pacific manufacturing activities. He returned to Houston in February 2019. Joe has a Master of Science degree in chemical engineering from Delft University of Technology in the Netherlands. He and his wife, Margie, live in Houston.