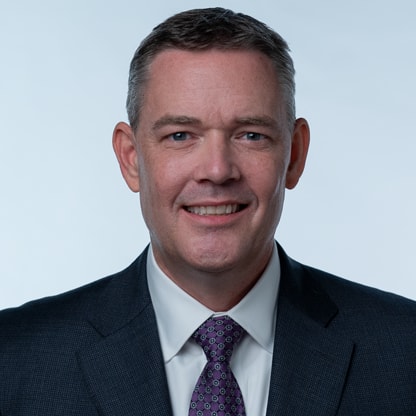 Jeff Gustavson, 49, is president of Chevron New Energies, a position he assumed in August 2021. In this role, he is focused on lower carbon business prospects that have the potential to scale, including commercialization opportunities in hydrogen, carbon capture, and offsets and support of ongoing growth in biofuels. Prior to this role, Gustavson served as the vice president of Chevron’s North America Exploration and Production Company overseeing its Mid-Continent Business Unit, which manages a large resource base of oil and liquids-rich assets in the mid-continent United States, including Chevron's significant Permian assets in Texas and New Mexico. Gustavson has also served as president of Chevron Canada Limited, where he was responsible for the company’s upstream interests in Canada. Gustavson joined Chevron in 1999 and has held positions in Finance, Mergers & Acquisitions, Corporate Strategic Planning, Supply and Trading, Investor Relations and Upstream, with numerous assignments in the United States, as well as Venezuela, the United Kingdom and Canada. He sits on the external advisory boards for both the College of Engineering and the Department for Research and Innovation at the University of Colorado, and was recently appointed to the board of directors of the Chevron Employee Political Action Committee. Gustavson received Bachelor’s degrees in both economics and international affairs from the University of Colorado at Boulder in 1994 and a Master’s degree in business administration from the University of Texas at Austin in 1999.