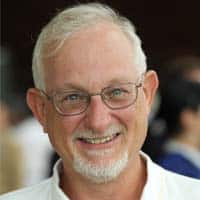 Howard J. Herzog is a senior research engineer in the MIT Energy Initiative (MITEI) and Executive Director of MITEI’s Carbon Capture, Utilization, and Storage low-carbon energy center. He received his undergraduate and graduate education in chemical engineering at MIT. He has industrial experience with Eastman Kodak, Stone & Webster, Aspen Technology, and Spectra Physics. Since 1989, he has been on the MIT research staff, where he works on sponsored research involving energy and the environment, with an emphasis on greenhouse gas mitigation technologies. He was a Coordinating Lead Author for the IPCC Special Report on Carbon Dioxide Capture and Storage (released September, 2005) and a US delegate to the Carbon Sequestration Leadership Forum's Technical Group (June 2003-September 2007). He was awarded the 2010 Greenman Award by the IEAGHG “in recognition of contributions made to the development of greenhouse gas control technologies”. In 2018, he authored a book entitled Carbon Capture for the MIT Press Essential Knowledge Series.