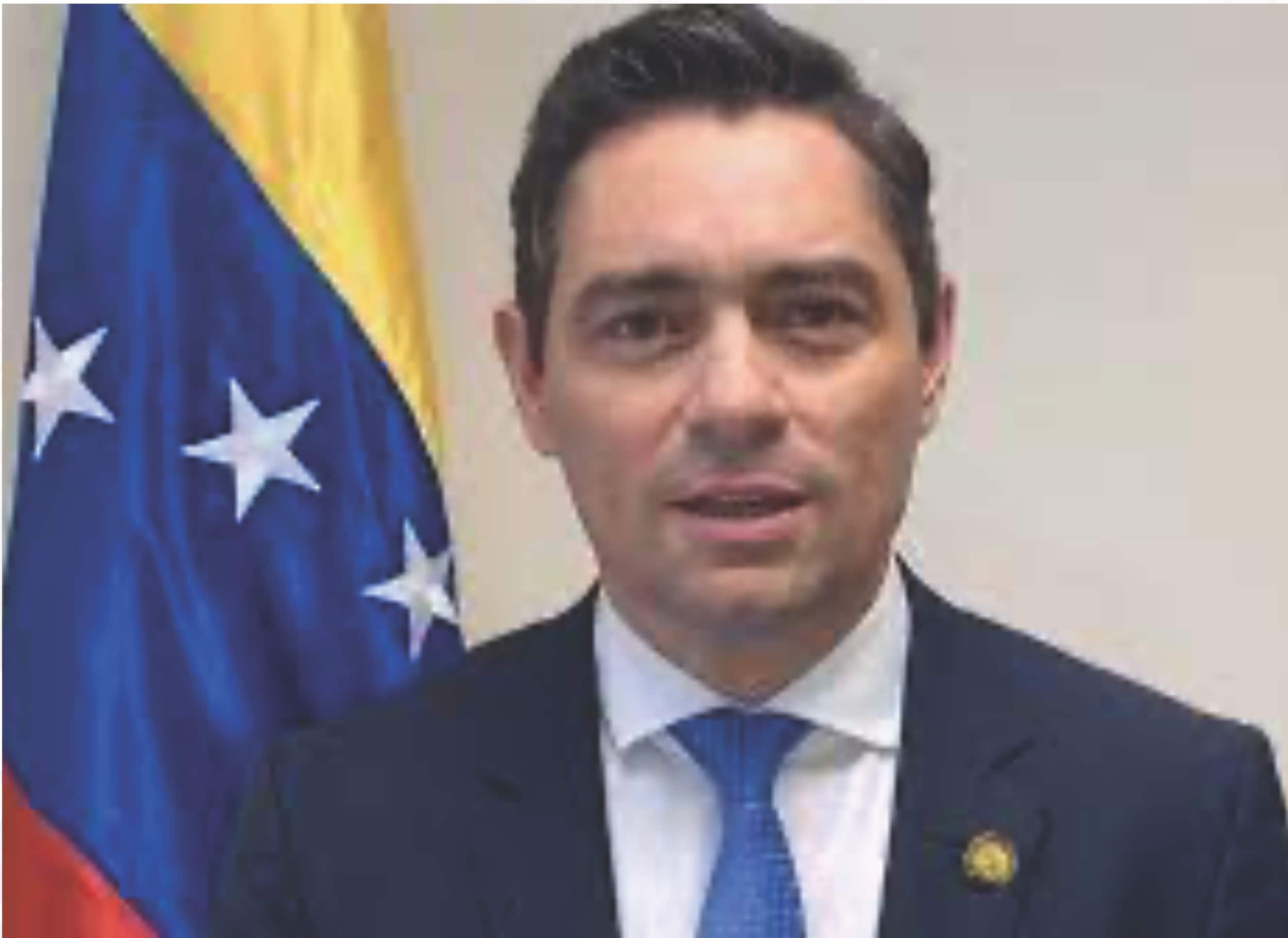 Ambassador to the United States

Carlos Vecchio has been the Ambassador of the Bolivarian Republic of Venezuela to the United States since Interim president Juan Guaidó appointed him in 2019. Upon graduating from the Central University of Venezuela, Vecchio obtained a postgraduate degree in Tax Law from the same university. He also holds a master's degree in public administration from the Kennedy School of Harvard University and a Master of Law degree from Georgetown University. Vecchio then returned to Venezuela to work as a tax lawyer and manager for ExxonMobil. In 2013, he obtained a degree from the Maurice R. Greenberg World Fellow Program at Yale University. In Venezuela, Mr. Vecchio was in exile under the Maduro regime, but he still become an international spokesman for reinstating democracy in Venezuela. His work was focused on denouncing the humanitarian situation and violation of human rights. Mr. Vecchio is the co-founder of the political party Voluntad Popular, alongside Juan Guaidó and Leopoldo López. He was a pre-candidate for Mayor of Chacao in 2008 and a pre-candidate for the Venezuelan National Assembly in the primaries of 2010. He also founded the "Ciudadanía Activa" in 2002, where he advocated for the defense of the rights of all citizens and the preservation of democratic principles in Venezuela. As the Ambassador Venezuela to the United States, Mr. Vecchio has played a crucial role in turning Venezuela's humanitarian and libertarian cause into a bipartisan struggle, achieving concrete results against the regime, and advancing towards the definitive end of the dictatorship in Venezuela.