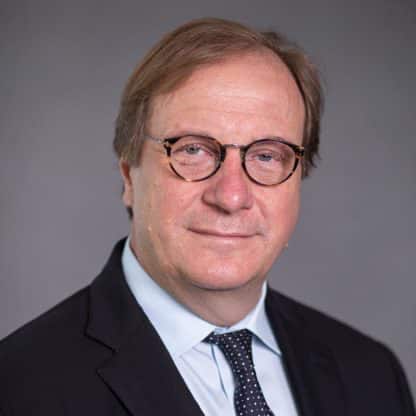 Fred Kempe is the president and chief executive officer of the Atlantic Council. Under his leadership since 2007, the Council has achieved historic, industry-leading growth in size and influence, expanding its work through regional centers spanning the globe and through centers focused on topics ranging from international security and energy to global trade and next generation mentorship. Before joining the Council, Kempe was a prize-winning editor and reporter at the Wall Street Journal for more than twenty-five years. In New York, he served as assistant managing editor, International, and columnist. Prior to that, he was the longest-serving editor and associate publisher ever of the Wall Street Journal Europe, running the global Wall Street Journal’s editorial operations in Europe and the Middle East. In 2002, The European Voice, a leading publication following EU affairs, selected Kempe as one of the fifty most influential Europeans, and as one of the four leading journalists in Europe. At the Wall Street Journal, he served as a roving correspondent based out of London; as a Vienna Bureau chief covering Eastern Europe and East-West Affairs; as chief diplomatic correspondent in Washington, DC; and as the paper’s first Berlin Bureau chief following the unification of Germany and collapse of the Soviet Union. As a reporter, he covered events including the rise of Solidarity in Poland and the growing Eastern European resistance to Soviet rule; the coming to power of Mikhail Gorbachev in Russia and his summit meetings with President Ronald Reagan; the wars in Afghanistan, Iraq, and Lebanon in the 1980s; and the American invasion of Panama. He also covered the unification of Germany and the collapse of Soviet Communism. He is the author of four books. The most recent, Berlin 1961: Kennedy, Khrushchev, and the Most Dangerous Place on Earth, was a New York Times Best Seller and a National Best Seller. Published in 2011, it has subsequently been translated into thirteen different languages. Kempe is a graduate of the University of Utah and has a master’s degree from Columbia University’s Graduate School of Journalism, where he was a member of the International Fellows program in the School of International Affairs. He won the Columbia Graduate School of Journalism’s top alumni achievement award and the University of Utah’s Distinguished Alumnus Award. He is a member of the Council on Foreign Relations and Gender Champions in Nuclear Policy. For his commitment to strengthening the transatlantic alliance, Kempe has been decorated by the Presidents of Poland and Germany and by King Carl XVI Gustaf of Sweden.