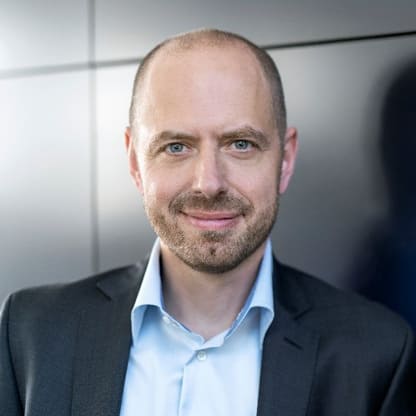 Dr.-Ing. Christian Bruch was born in 1970 in Düsseldorf, Germany. He holds a degree in mechanical engineering (Diplom-Ingenieur) from Leibniz University of Hanover, Germany, studied at the University of Strathclyde Glasgow, United Kingdom, and received his doctorate in 2001 from the Swiss Institute of Technology (ETH) in Zurich, Switzerland, where he also worked as a project engineer in research between 1997 and 2000. Christian Bruch was appointed President and Chief Executive Officer of Siemens Energy AG and President and Chief Executive Officer of Siemens Energy Management GmbH effective May 1, 2020. Before he joined Siemens, he worked for more than 15 years at the Linde Group in various positions, from which he resigned in April 2020 when he joined Siemens. From 2019 he was speaker of the Executive Board of Linde AG. Between 2015 and 2018 he was the Executive Board Member responsible for the Engineering Division and the Corporate & Support Function Technology & Innovation and determined the Group’s digitalization topics. Two years earlier, in 2013, he had been appointed member of the Board of Directors of the Engineering Division. In 2009, he moved from Linde’s Gases Division to the Engineering Division, after being appointed as a General Manager of the Air Separation Plants product line. Between 2004 and 2009, Mr. Bruch held several management positions at Linde’s Gases Division. Christian Bruch began his career in 2000 with the RWE Group in Essen, Germany, where he worked first as a project engineer and then starting in 2002 as head of research and project development at RWE Fuel Cells GmbH. Christian Bruch has been a member of the Supervisory Board of Lenzing AG in Austria since 2019. He is also a board member of the Committee on Eastern European Economic Relations, Chair of the MSC Security Innovation Board and a member of the ESG Council CNBC.