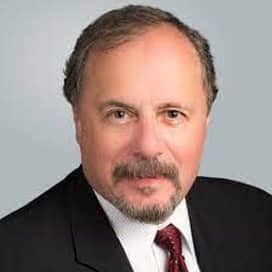 Vice President and Co-head US Economics and Country Risk

Chris Varvares is Vice President and Co-Head of US Economics at S&P Global. He previously co-led Macroeconomic Advisers, a company he co-founded in 1982, and which was acquired by IHS Markit in 2017. Mr. Varvares has nearly 40 years of experience in macroeconomic forecasting and policy analysis, both as a principal of Macroeconomic Advisers (1982 to 2017) and as a member of the staff of the President's Council of Economic Advisers (1981-1982). Mr. Varvares is a past president (2008-2009) and a former director of the National Association for Business Economics (NABE). He serves as a member of the New York State Economic and Revenue Advisory Board, and he sits on advisory boards for the Olin Business School at Washington University and the Walker School of Business and Technology at Webster University. He and the other senior economists within the US macro and regional teams serve as consultants to key agencies of the U.S. and foreign governments, major trade associations, and private corporations, and are widely quoted in the business and financial media. A specific focus of Mr. Varvares and his team over the past decade has been the expansion of its scenarios business and products in support of financial institutions needs around stress testing and risk management, including regulatory programs (CCAR, DFAST, IFRS9, CECL) and voluntary risk management involving alternative scenarios. The firm is widely recognized as among the most accurate forecasters of the U.S. economy. Among the many accolades the firm has received for forecast accuracy, the Wall Street Journal named IHS Markit the most accurate forecaster for 2017 from its panel of over 60 professional forecasters. The Blue Chip Economic Indicators named IHS Markit the most accurate US forecaster for 2016. Mr. Varvares holds a B.A. in Economics from The George Washington University and received his graduate training in Economics from Washington University in St. Louis, where he was also a member of the adjunct faculty in both the economics department and the Olin School of Business.