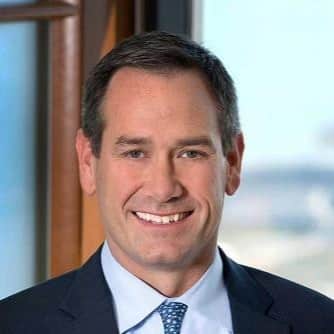 As Executive Vice President and Chief Generation Officer, Hanson is responsible for the safe, efficient and reliable operation of the new Constellation’s power generation fleet, which includes nearly 100 generating units in 19 states and Canada. Constellation operates the largest clean energy fleet in America, producing electricity from 10 fuel types including nuclear, natural gas, hydro, wind and solar. He serves on the Constellation Executive Committee, which sets strategy and direction for the company. Constellation is the nation’s largest supplier of clean energy with more than 32,400 megawatts of generating capacity from nuclear, wind, solar, natural gas and hydro assets. The new, publicly traded company will produce about 10 percent of America’s carbon-free energy, making it a leader in addressing the climate crisis and an indispensable partner to businesses and state and local governments with its carbon-reduction goals. Hanson has more than 30 years of progressive experience in the nuclear power industry. Prior to his current role, Hanson was president and chief nuclear officer of Exelon Generation’s nuclear fleet. In that role, Hanson was responsible for ensuring that Exelon Generation maintained high levels of performance and safety across its nuclear fleet of 21 reactors at 12 facilities that it operates in Illinois, Maryland, New York, and Pennsylvania. During his tenure with Exelon, Hanson served as the nuclear chief operating officer, senior vice president of Midwest operations, site vice president for Exelon’s Braidwood Generating Station and the site vice president for Clinton Power Station. He also has been vice president of nuclear oversight, Limerick Generating Station plant manager, and director of operations and work control. Hanson is on the board of directors for Easterseals DuPage and the Fox Valley Region and for Nuclear Electric Insurance Limited (NEIL). He also serves on the University of Wisconsin Engineering Physics Advisory Board, the INPO Accrediting Board, the World Nuclear Association Board of Management, and the NET Power, LLC Board. Hanson earned a bachelor’s degree in nuclear engineering from the University of Wisconsin at Madison and a Master of Business Administration from St. Ambrose University in Davenport, Iowa. Hanson is a graduate of the Institute of Nuclear Power Operations Senior Nuclear Plant Management Program, the Exelon Leadership Institute at the Kellogg Graduate School of Management at Northwestern University, and the Advanced Management Program at Harvard University.