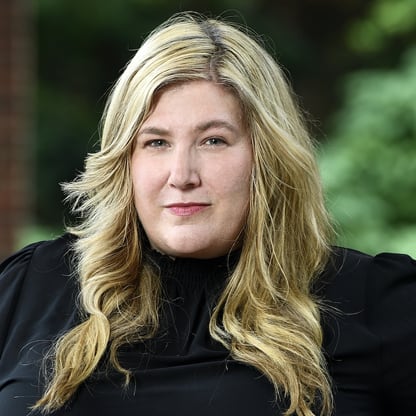 Beth Blauer is the Associate Vice Provost for Public Sector Innovation at Johns Hopkins University. She is the former Executive Director and co-founder of the Centers for Civic Impact at Johns Hopkins University (Civic Impact). As a dedicated public servant and international expert on government performance programs for more than fifteen years, Beth Blauer spent her career working to improve people’s lives by bringing data into governments’ decision-making processes. Blauer founded Civic Impact, originally as the Center for Government Excellence, in 2015 and since then, has successfully worked with over 140 mayors from around the globe to advance the use of data and evidence. She has built the organization to be a leader in data-driven insights for city leaders and public sector practitioners across the country and around the world. Prior to leading the Centers for Civic Impact, Blauer designed and launched Socrata’s GovStat platform for federal, state, and local governments. Having entered public service as a juvenile probation officer in Maryland, Blauer was quickly promoted within the department, quickly becoming the Chief of Staff. It was in this capacity she began working on the creation and implementation of “StateStat.” In 2008, then Governor Martin O’Malley asked Blauer to lead his nationally recognized StateStat program. Blauer graduated with a Bachelor of Arts from the University of Maryland and holds a JD from New York Law School. She is a recipient of the 2012 CAP award for her work on Maryland’s StateStat.