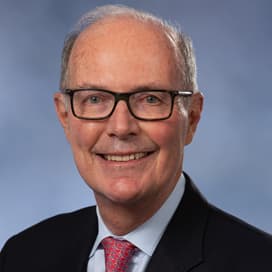 Andy Marsh joined Plug Power as President and CEO in April 2008. Under his leadership, Plug Power has been a leading innovator in the alternative energy field, helping create an entirely new hydrogen fuel cell (HFC) market in the material handling space as the world moves towards electrification in mobility applications. This new market has proven to be one of the first successful endeavors to commercialize HFC technology, and today, the firm’s fuel cell solutions, including its GenKey suite and ProGen engine line, are leveraged by global marketplace leaders such as Amazon, Walmart, and Carrefour to power industrial electric vehicles. As President and CEO, Marsh plans and directs all aspects of the organization’s goals and objectives, and is focused on building a company that leverages Plug Power’s combination of technological expertise, talented people and focus on sales growth to continue the company’s leadership stance in the future alternative energy economy. Under his leadership, Plug Power continues to spearhead hydrogen fuel cell innovations in both mobility and stationary applications, and his ability to generate revenue growth of more than 296 percent since 2012 has landed Plug Power on Deloitte’s Technology Fast 500TM list in both 2015 and 2016. Previously, Mr. Marsh was a co-founder of Valere Power, where he served as CEO and Board Member from the Company’s inception in 2001, through its sale to Eltek ASA in 2007. Under his leadership, Valere grew into a profitable global operation with over 200 employees and $90 million in revenue derived from the sale of DC power products to the telecommunications sector. During Mr. Marsh’s tenure, Valere Power received many awards such as the Tech Titan award as the fastest growing technology company in the Dallas Fort Worth area and the Red Herring Top 100 Innovator Award. Prior to founding Valere, he spent almost 18 years with Lucent Bell Laboratories in a variety of sales and technical management positions. Mr. Marsh is a member of the Board of Directors for the California Hydrogen Business Council, a non-profit group comprised of organizations and individuals involved in the business of hydrogen. He holds an MSEE from Duke University and an MBA from SMU. In August/September 2017, Mr. Marsh was invited to join the Global Hydrogen Council as well, an international council of major auto manufacturers which is focused on the proliferation of hydrogen fuel cell technologies.