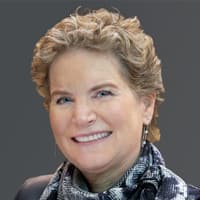 Susan C. Schwab is professor emerita and teaches at the University of Maryland, and strategic advisor to the law firm Mayer Brown, LLP. She served as US Trade Representative (2006-09), and as Deputy USTR (2005-06). As USTR, Schwab concluded free trade agreements with Peru, Colombia, Panama and South Korea; launched the Trans-Pacific Partnership (TPP) negotiations and pursued multilateral trade negotiations at the WTO. She initiated and/or was able to settle multiple trade disputes between the US and China, Canada, the EU and others. She engaged in negotiations with Russia and Vietnam during their efforts to join the WTO. Before joining USTR, Ambassador Schwab served as president and CEO of the University System of Maryland Foundation and vice chancellor for advancement. Previously, she was dean and professor of the School of Public Policy at the University of Maryland. Prior to her time in academia, Schwab was director of corporate business development for Motorola, Inc., working mainly in China and elsewhere in Asia. Previously in government she served as assistant secretary of commerce and director-general of the US & Foreign Commercial Service, the export promotion arm of the federal government; legislative director for Senator John C. Danforth (R-MO); a trade policy officer at the U.S. Embassy in Tokyo; and an agricultural trade negotiator. Ambassador Schwab serves on the boards of Boeing, Caterpillar, FedEx, and Marriott. She is a trustee of The Conference Board, and is on the boards of the Lee Kuan Yew School of Public Policy and the Signature Theatre. She holds a Bachelor of Arts degree from Williams College, a master’s from Stanford University, and a Doctor of Philosophy degree from The George Washington University. She grew up in Africa, Asia and Europe as part of a Foreign Service family.