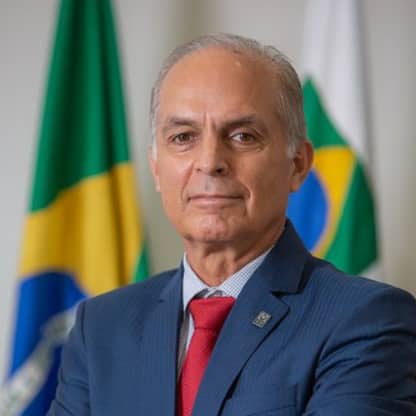 Rodolfo Henrique de Saboia holds a bachelor's degree in Naval Sciences from the Brazilian Naval Academy (1978), a master's degree in Command and Staff (1995), a Ph.D. in Naval Policy and Strategy (2005), both from the Naval War College and a specialization degree in International Management by Coppead-UFRJ (2005). In the Brazilian Navy, he held several positions, including Deputy Chief of Organization and Naval Affairs with the Naval Operations Command (2008 to 2010), Commander of the Surface Force (2010 to 2011) and Coordinator of the Navy Refitting Program (2011 to 2012). After serving more than 40 years, he was transferred to the Naval Reserve in 2012, as a Rear Admiral. In the Naval Reserve, he served as Environment Superintendent with the Ports and Coastal Directorate, from 2013 to August 2020. Adm. Saboia has been ANP's Director-General since December 2020.