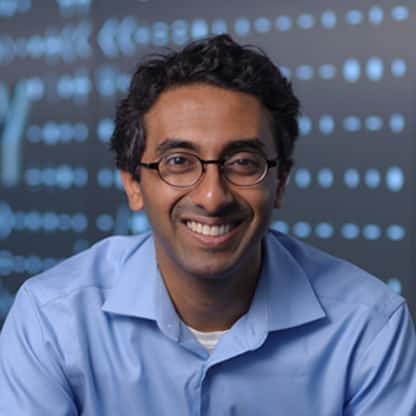 Yogesh (Yogi) Surendranath is an Associate Professor of Chemistry at the Massachusetts Institute of Technology. He holds dual bachelor's degrees in chemistry and physics from the University of Virginia and a PhD in inorganic chemistry from MIT, obtained under the direction of Professor Daniel Nocera. After receiving his PhD, Professor Surendranath undertook postdoctoral studies as a Miller Research Fellow at UC Berkeley, under the direction of Professor Paul Alivisatos. In the summer of 2013, he assumed his current position at MIT. His research group aims to store renewable electricity in energy-dense chemical bonds by controlling interfacial reactivity at the molecular level. Professor Surendranath has authored over 70 publications and is the recipient of numerous awards including the Presidential Early Career Award for Scientists and Engineers, the E. Bright Wilson Prize, and young investigator awards from the NSF, DOE, Air Force, Toyota, and the Alfred P. Sloan Foundation.