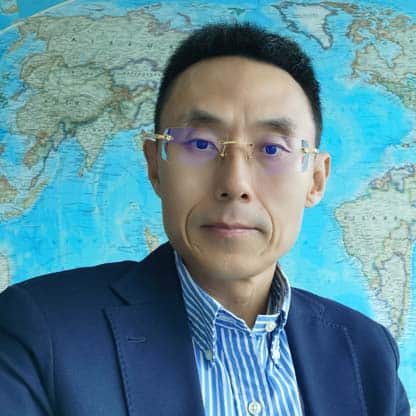 Yaokun Gao graduated from University of International Business and Economics with Bachelor in Economics and Master in Jurisdiction. From 1993 till 2004, Gao worked in the raw material export and trading business in China Minmetals Group, responsible for India, South America and European markets, including 3 years working as expat in Rio de Janeiro, Brazil where he was the pioneer of China’s coal export to Brazil and market maker for Chinese coke export to South America. Gao joined the Brazilian giant in 2004 in Vale’s Rio Doce Asia Ltd. Shanghai office as General Manager Coal and Coke. In 2005 he was appointed by CVRD as Director BOD, Director Strategic & Planning Committee at Vale’s JV, Longyu Energy Resources Ltd. and Vice Chairman BOD, Director Commercial Committee of Yancoal International Coke Chemical Ltd. Gao’s international trading expertise started his joining of Coeclerici Group for the first time in November 2005 as Chief Representative Officer in Shanghai (from 2005 to 2006) and Beijing (from 2007 to 2009) and as Executive Vice President in Singapore (from 2009 to 2010). From 2010 to 2015, he worked as the Chief Representative of Suek AG China who is the marketing arm of Russia’s biggest coal producer and established, in 2014, Suek Shanghai Trading Co., Ltd as General Manager, managing the business of the company and one branch in Beijing, one branch in Harbin, China. From October 2015 he was back in the Coeclerici Group with the position of Head of Asia for the Trading Division, and Managing Director of Coeclerici Far East Pte Ltd, with direct responsibility of the entire APAC Trading Division.