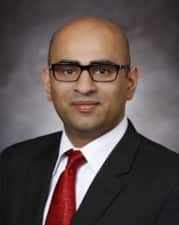 Vijay is a Director with IHS Markit based in Calgary, Alberta and is part of IHS Markit North American Crude Oil Markets team and an integral part of the IHS Markit Oil Sands Dialogue. In addition, he supports the oil market analysis team with a focus on western Canada. Mr. Muralidharan has more than 12 years of experience in upstream, midstream, and downstream global oil and gas economic evaluation. Prior to joining IHS Markit, Mr. Muralidharan held posts at ConocoPhillips, Statoil, EY, and Bank of Canada. As a senior economist in Norway with Statoil, he oversaw the global macroeconomic forecast, where he provided assistance to the global energy market group. Mr. Muralidharan holds an undergraduate degree and a graduate degree from the University of Alberta.