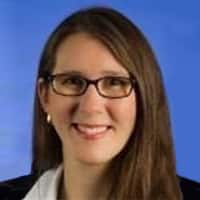 Terrell Benke is an Executive Director in the Global LNG group of IHS Markit. Her responsibilities include leading the research and management of the IHS Markit LNG retainers which span the entire value chain and include real-time cargo level trade to long-term forecasts. Ms. Benke’s expertise includes competitive strategy analysis of the major players in the global gas industry with a particular emphasis on risk analysis of the LNG value chain, value chain modeling, and supply-side fundamentals. Prior to joining IHS Markit through its acquisition of PFC Energy, she managed the gas subscriptions practice at PFC Energy for eight years. Prior to that, Ms. Benke worked in various capacities in the energy industry including developing analytic, strategic, and commercial expertise in LNG at Chevron and El Paso Corporation. While at Enron and Resources for the Future, she held commercial and analytic roles in the deregulating electricity business. Ms. Benke holds a BA from the University of Virginia and an MBA from the University of Chicago.