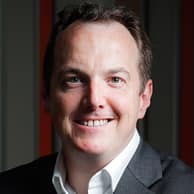 Stuart Payne is the Chief Executive of the North Sea Transition Authority, responsible for regulating the UK's oil, gas and carbon storage industries. He was appointed on 1st January 2023 prior to which he was the Director responsible for the NSTA’s activities in Decommissioning, Supply Chain and also led the NSTA’s HR function. Stuart co-chairs the industry’s North Sea Transition Forum and is a member of the Scottish Government’s Energy Transition Leadership Group. Stuart joined the NSTA in January 2015 having held a variety of leadership positions in the oil and gas industry in the UK and overseas. Away from the NSTA, Stuart is Chairman of the Brightside Trust (a national children's mentoring charity) and a member of the Advisory Board of Barnardo’s Scotland (the UK's largest childrens' charity). Stuart was awarded a CBE for services to the oil and gas sector in the Queen's Birthday Honours List 2020.