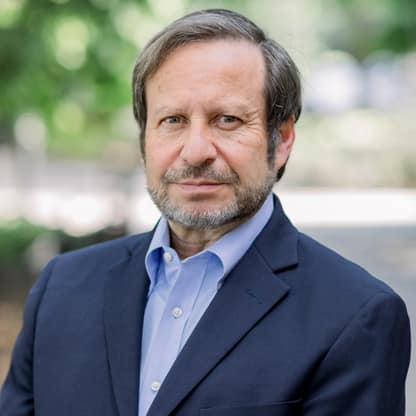 Dr. Steven E. Koonin is a University Professor at New York University with appointments in the Business and Engineering schools, as well as the Department of Physics. Before coming to NYU, Dr. Koonin served as Undersecretary for Science at the US Department of Energy from 2009 until 2011. Prior to joining the government, from 2004 to 2009 he was Chief Scientist for BP. From 1975 to 2006, Dr. Koonin was a professor of theoretical physics at Caltech and was the institute’s Provost from 1995 to 2004. His memberships include the National Academy of Sciences, the American Academy of Arts and Sciences, and the Council on Foreign Relations. He is a Senior Fellow at Stanford's Hoover Institution, a Fellow of the Council on Competitiveness, and a Trustee of the Institute for Defense Analyses. Dr. Koonin has been a member of the JASON group since 1988 and served as chair from 1998 to 2004. He has also served on governing or advisory boards of six national laboratories and on the Secretary of Energy’s Advisory Board. Dr. Koonin holds a BS in physics from Caltech and a PhD in theoretical physics from MIT. He has authored of more than 200 peer-reviewed research papers and supervised some 30 PhD theses. Koonin is the author of the bestselling book Unsettled: What Climate Science Tells Us, What It Doesn’t, And Why It Matters published April, 2021.