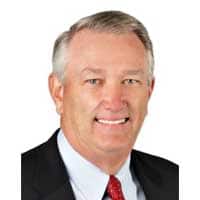 Stephen (Steve) W. Green, is President of Chevron North America Exploration and Production, a position he has held since March 2019. In this role, he oversees Chevron’s exploration and production activities throughout North America, including the company’s significant portfolio of assets in Canada, California, the Gulf of Mexico, Pennsylvania, and the Mid-Continent region of the United States. Mr. Green joined Chevron in 2005 upon the merger with Unocal Corporation. Since then, he has held upstream leadership positions in southeast Asia, and served as Corporate Vice President of Policy, Government, and Public Affairs for Chevron. Active in the energy industry, Mr. Green is Chair of the American Petroleum Institute’s Upstream Committee, serves on the board of trustees of The First Tee, the executive committee of the Greater Houston Partnership, and is a member of the Society of Petroleum Engineers. He earned a bachelor’s degree in engineering from Texas A&M University and completed the Stanford Graduate School of Business Executive Program.