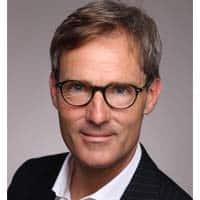 Stephan Meeder, Chief Financial Officer, CropEnergies AG, joined the Executive Board in this role in April 2015. At the beginning of this year, Dr. Meeder was appointed as successor to the Chief Executive Officer of CropEnergies. He will take up this position from mid-July 2020. He worked for ABB Structured Finance GmbH from 1996 to 2000. From 2000 to 2001, Dr. Meeder worked for KPMG in the Corporate Finance Department and from 2001 to 2006 at Robert Bosch GmbH in Corporate Finance and M&A. In November 2006, Dr. Meeder joined the Corporate Finance department of Südzucker AG. In May 2007, he was appointed Chief Financial Officer of the French sugar producer Saint Louis Sucre SA, Paris. Dr. Meeder holds degrees from the University of Mannheim and the Ecole Supérieure des Sciences Economiques et Commerciales, (ESSEC) as well as a doctorate from the University of Mannheim.