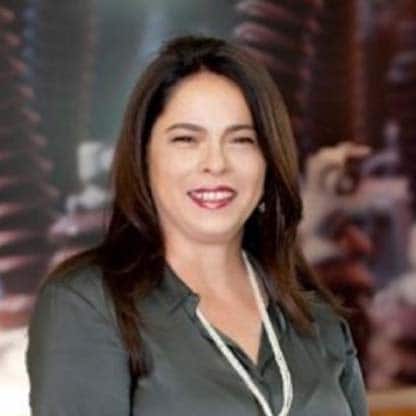 From 2012 to 2017, she held the position of Company’s CEO, where she had joined in 2004 as Executive Regulation and Environment Officer. Neoenergia is playing an important role in achieving the SDGs towards a low-carbon economy. She is the Vice-Chairwoman of the Board of Directors of the National System Operator – ONS. She is a member of the Economic and Social Development Council – CDES, and member of the Board of Directors of the Brazilian Association of Base Industry – ABDIB. She is a member of the National Management Committee for Juntos Project. With 34 years’ experience, she built an uprising career in the Brazilian electric sector by serving high leadership offices in major companies, such as Chesf and Eletropaulo. She acted as a consultant in the National Economic Research Associates, in Washington, DC. She holds a Bachelor’s Degree in Electrical Engineering by Universidade Federal de Pernambuco and a Master’s Degree by Pontifícia Universidade Católica do Rio de Janeiro. She was a guest researcher at Imperial College of Science, Technology and Medicine, in London.