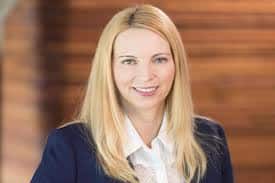 Sherry joined Woodside in December 2017 following previous finance and senior roles with ExxonMobil, Duke Energy, JM Huber and most recently with Royal Dutch Shell, where she was Vice President Finance Unconventionals. Sherry is from Louisiana in the United States, where she grew up and attended Louisiana State University majoring in Accounting and Internal Audit. Following graduation, Sherry commenced her career with ExxonMobil, where she worked for 6 years, first as a Financial Analyst at the Baton Rouge Chemical Plant, and then as an Internal Auditor covering the Latin America/Caribbean region. Following this role, she then completed an International MBA program at the University of South Carolina and in Paris, France, where she also interned with Citibank. Upon completion of her MBA program, Sherry held the position of Senior Audit Consultant at Duke Energy, followed by Audit and Controller positions at J.M. Huber Corporation. In 2004, Sherry joined Royal Dutch Shell and undertook a range of roles globally, including Plant Finance Manager for the Convent Motiva Refinery (US), Global Finance Manager of Lubricants Baseoils and Waxes (UK), Strategy, Planning and Business Finance Manager (Qatar), Group Senior Strategy and Competitive Intelligence Advisor (Netherlands), and most recently Vice President Finance Unconventionals (US).