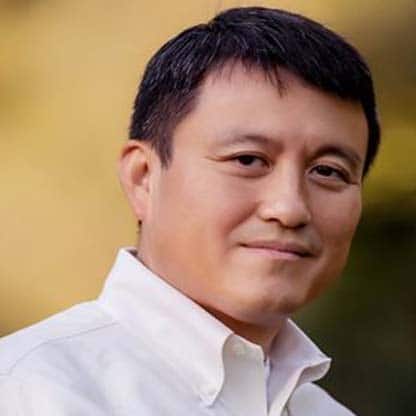 Shanhui Fan is a Professor in the Department of Electrical Engineering, a Professor in the Department of Applied Physics (by courtesy), a Senior Fellow of the Precourt Institute for Energy, and the Director of the Edward L. Ginzton Laboratory, at the Stanford University. He received his Ph. D in 1997 in theoretical condensed matter physics from the Massachusetts Institute of Technology (MIT). His research interests are in fundamental studies of solid state and photonic structures and devices, especially photonic crystals, plasmonics, and meta-materials, and applications of these structures in energy and information technology applications. He has published over 570 refereed journal articles, has given over 380 plenary/keynote/invited talks, and was granted 67 US patents. Prof. Fan received a National Science Foundation Career Award (2002), a David and Lucile Packard Fellowship in Science and Engineering (2003), the National Academy of Sciences W. O. Baker Award for Initiative in Research (2007), the Adolph Lomb Medal from the Optical Society of America (2007), and a Vannevar Bush Faculty Fellowship from the U. S. Department of Defense (2017). He is a Thomson Reuters Highly Cited Researcher in Physics since 2015, and a Fellow of the IEEE, the American Physical Society, the Optical Society of America, and the SPIE.