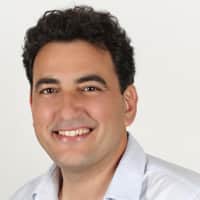 Shahar Levi is the Co-Founder and CEO of Locusview. He is a veteran of the Israeli Central Intelligence research unit and a member of a pioneering team who leveraged the use of GPS and mapping technologies for advanced intelligence applications. As Co-Founder, Shahar managed to overcome many of the obstacles faced by tech companies trying to build solutions for the energy industry, known by its barriers to entry. Since Locusview's first days as an early stage, high-risk company, Shahar led multiple fundraising rounds, from governmental funds and private investors to crowdfunding and growth capital investments, accumulating to almost $100 million. Today, with tens of millions of dollars of annual recurring revenue, 5 offices around the globe and 170 employees, Shahar is leading an aggressive growth plan that will take the company to its biggest fundraising round with one of the largest Venture Capital funds in the world. Locusview helps energy companies manage their capital construction projects from planning to execution to closeout. Locusview’s customers can reduce risk and costs and scale their capital investments. Since its first product launch in 2018, Locusview successfully deployed its platform with over 25 of the leading energy utilities in the United States, Europe, and Latin America. Prior to Locusview, Shahar served as VP of Business Development at Nortec Group, where he led its acquisition to a multi-billion dollar global company and was an M&A Associate at Herzog Fox and Neeman, the leading law firm in Israel. Shahar holds an M.B.A in Finance and Banking (magna cum laude) and an LL.B. from the Hebrew University of Jerusalem (magna cum laude).