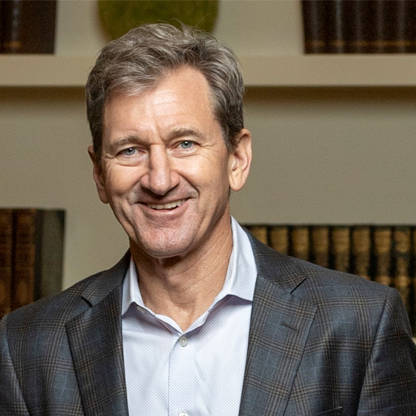 Scott Tinker brings industry, government, academia, and nongovernmental organizations together to address major societal challenges in energy, the environment, and the economy. Dr. Tinker is Director of the Bureau of Economic Geology, the State Geologist of Texas, and a professor holding the Allday Endowed Chair in the Jackson School of Geosciences at The University of Texas at Austin. With Director Harry Lynch, Tinker co-produced the award-winning documentary films Switch and Switch On, which have been screened in over 50 countries. Dr. Tinker founded the nonprofit Switch Energy Alliance, whose educational materials appear from schools to board rooms globally. Tinker is the host of PBS Energy Switch, an energy and climate talk show appearing on over 200 PBS stations nationwide, and Earth Date, featured weekly on over 450 public radio stations in all 50 United States. In his visits to some 60 countries, Scott has given over 1000 keynote and invited lectures. Dr. Tinker presented a TEDx talk on The Dual Challenge: Energy and Environment. Scott serves on public company boards and science councils, Trinity University’s Board of Trustees, and is an angel investor who has helped bring companies from startup to acquisition. His writing has appeared from Forbes to Fortune to Scientific American. Dr. Tinker has served as president of several international professional associations and is an AGI Campbell Medalist, AAPG Halbouty Medalist, GCAGS Boyd Medalist, American Institute of Professional Geologists (AIPG) Parker Medalist, and a Geological Society of America (GSA) Fellow.