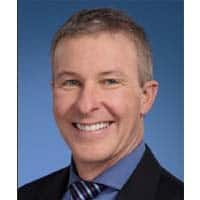 Mr. Kirby is chief executive officer of United Airlines. He served as the company’s president from 2016 to 2020 and was responsible for United’s operations, marketing, sales, alliances, network planning and revenue management. As president, he played a pivotal role in enabling United’s cultural transformation and executing the Company’s strategic growth plan. Prior to joining United, Mr. Kirby was president of American Airlines from 2013 to 2016 and president of US Airways from 2006 to 2013. He is a well-known industry veteran, with a broad and accomplished three-decade-long career in significant leadership roles within the airline industry. Mr. Kirby started his career at the Pentagon and in the technology sector. Mr. Kirby has bachelor’s degrees in computer science and operations research from the U.S. Air Force Academy and a Master of Science in operations research from George Washington University. He is married and has six children.